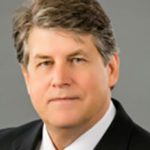 Richard is a 1982 graduate of Iowa State University where he earned his Bachelor of Science in Industrial Engineering, with distinction, and was invited to membership in the Tau Beta Pi Engineering Honor Society. Richard earned his Juris Doctor in 1985 from the University of Iowa where he graduated with distinction. He is admitted to practice in the State and Federal Courts in Iowa and Nebraska, as well as the Eighth Circuit Court of Appeals, and the United States Court of Federal Claims. Richard is a member of the Litigation, Commercial & Bankruptcy Law and Government Practice Sections of The Iowa State Bar Association, a member of the IASB and NSBA Council of School Board Attorneys, a member of the Vaccine Injured Petitioners Bar Association, a member of the Iowa Supreme Court Grievance Commission, a past two-term member of the Iowa Supreme Court Commission on the Unauthorized Practice of Law, and past President for the Woodbury County Bar Association.