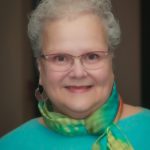 Karen Mitchell is a Professor in the Department of Communication Studies at the University of Northern Iowa where she teaches courses in Performance Studies and Critical Communication Pedagogy. She is the founding director of SAVE (Students Against a Violent Environment) Forum Actors, a peer theatre troupe dedicated to preventing gender violence on campus. Her work with SAVE was originally part of a major grant awarded to the UNI Women’s Studies program by the Department of Justice in 1999.

For 22 years Dr. Mitchell was the Artistic Director of the UNI Interpreters Theatre. Her directing work includes stage adaptations of novels, investigations of popular cultural phenomenon, and hybrid works such as her ethnodrama collaboration with Dr. Jennifer Cooley on Carne viva: Stories of Monarchs and Madres in Postville, based on the 2008 United States immigration raid that took place in Postville, Iowa.

In her forty years as an educator, eleven of which were devoted to teaching high school students, Dr. Mitchell has honed a pedagogical style that emphasizes experiential learning, creative performance, and social justice activism.  She is a former president of the organization Pedagogy and Theatre of the Oppressed, is an active member in the Performance Studies division of the National Communication Association, received the Iowa Regents Faculty Excellence Award is 2004, the College of Humanities and Fine Arts Excellence in Teaching Award in 2009, the UNI Diversity Matters award in 2011, and the National Communication Association Leslie Irene Coger Award for Lifetime Achievement in Performance in 2013.